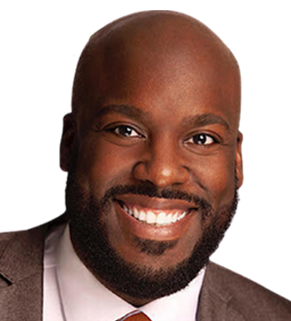 Born in New York City, Malcolm has lived in the Metro Atlanta area for over fifteen years. Malcolm served his community as a police officer for nearly a decade before transitioning into real estate. During his time in public service, Malcolm has gained a wealth of knowledge of the different neighborhoods and cities within and surrounding the 285 perimeter.

Malcolm studied at Georgia State University, pursuing a bachelor’s degree in Finance. Malcolm continued his passion for helping others during his studies by obtaining his real estate license. Before becoming a real estate agent at Method, Malcolm worked for Keller Williams Realty. He spent several years focusing on assisting first-time buyers, first responders, and veterans buy their first homes.

Malcolm is an avid weightlifter and novice runner. He hopes to complete his first 10K race by the end of the year. When Malcolm is not assisting clients, he enjoys spending time with his family and his new baby girl, Zora.

Looking for the perfect home in the perfect place? Chances are you'll want to check here first.

Reviews on Zillow
1728549
"Realtor Josh Van Pelt is the consumate real estate professional that listened to my needs, and warned me of potential pitfalls. He is very ... more "